S.A.F.E. is lucky to have such an active and committed Board of Directors. Our board works on a volunteer basis, putting together many of our fundraisers and providing oversight to our organization.

Board meetings are held every month on the third Tuesday of the month. They take place at SAFE Thrift Store at 5:30PM. The meetings are open to public. Meeting are currently held virtually and information can be found HERE.

Our Board of Directors: 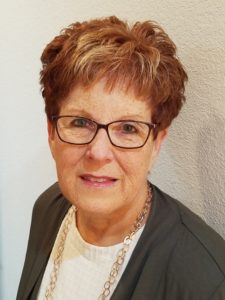 Pam Curley was born and raised in Chicago, Illinois.  She attended Monmouth College and received a B.A. degree in Fine Arts and later attended Northwestern University where she received a Master’s Degree in Business.  For many years, Pam worked in the design consulting business in various management positions.

When her husband, Bill, had the opportunity to take an early retirement from his job they moved to Sarasota, Florida.  It was there in 2000 that Pam first became a CASA/GAL, and found her passion for volunteering and helping children and families.  She is still a CASA (Court Appointed Special Advocate for Children) today – 20 years later.   In 2018, Pam was awarded the distinction of Georgia CASA of the Year.

Pam has immersed herself in the volunteer community in this beautiful mountain community we all call home.  Pam says, “Being elected as President of the S.A.F.E. Board of Directors has given me new direction and energy.  My commitment to the S.A.F.E. mission and victims we serve has truly changed my life and I hope to work with all our staff, volunteers and community to make our program better and better every year. ” 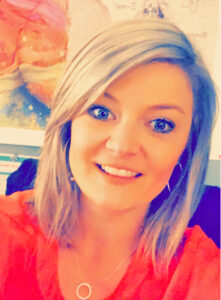 Amber McCoy was raised in the area before moving around with her mother who was in the military. Amber made her way back to the Towns and Union area 6 years ago after the abuse of her son.
She started with a job in January 2015 working for the local 911 department. Later that year she met her husband who is the Lieutenant  for the Towns County Sheriff’s Department. Wanting to spend more time with her family, she took a job working for Towns and Union Department of Family and Children’s Services.
She strived to help the family and children serviced and attended many community events. She then became a Resource Coordinator with Ninth District Opportunity INC. where she assisted the homeless and low income families. Amber McCoy currently works as the Site Manager for Hiawassee Apartments,Young Harris Apartments, and Tan Yard Branch I & II.
From personal unfortunate experiences, Amber is familiar with abuse, neglect and domestic violence. The one thing Amber wants to do is help people in any way she can. Amber believes that local resources should be known and utilized, so she makes sure to stay up to date with all local resources for those in need.  Amber believes that her acceptance onto the SAFE Board will bring a new perspective and a different way of thinking so that all board members are able to do what is needed for those we serve.

Elaine and I moved to Towns County recently after having lived in Roswell, GA since the middle 80s. The North Georgia Mountains are no stranger to us having travelled here for some twenty years via our connection with the motorcycle community. We have also known Deb Curlette (past President of the S.A.F.E. Board) for about the same time and visited with her and Doug many times on Lake Nottely. She mentioned to me more than once that, if we moved to the area, she would want us to be involved with the community, specifically S.A.F.E. In January of 2020 I was elected to serve on the board.

I am what might be termed as semi-retired. While I do not work full-time any more, I am an adjunct professor for several universities around the country. All of my classes are online and my students are located all over the world. I teach various subjects both at the graduate and under-graduate levels. The subjects are project management, cyber-security, computer forensics, and the Java/JavaScript computer languages.

I have some experience with charitable activities participating in a number of events with the Gods Rolling Thunder Church of Woodstock, GA. I look forward to working with the Board, Molly, and the staff of S.A.F.E.

Nicole Byrne was born and raised in Bartow, FL. She attended Valdosta State University and received a B.A. in Sociology and Anthropology. Nicole later returned to Valdosta State and obtained her Masters in Social Work. Nicole always dreamed of making the North Georgia Mountains her home and was able to make this dream a reality in June 2008 when she moved to Blairsville to begin her career with Towns and Union DFCS.

Nicole has worked in Child Welfare for over 13 years, working in all areas of Child Welfare from Intake through Adoptions. Nicole currently works for Clay County Health and Human Services as the Foster Home Licensing and Adoptions Social Worker.
Nicole had the privilege to work closely with many SAFE staff members during her years with Towns and Union DFCS and believes her ability to now serve on the Board will provide the opportunity to give back to an agency that does so much for the community.

Kerry B. Morris was raised in Gainesville, Georgia. She attended North Georgia College where she earned her Batchelor of Arts in Political Science in 1996, and the University of Georgia where she earned a Juris Doctorate in 1999.

She began practicing in the Enotah Judicial Circuit in 1999. She worked with the District Attorneys office from 2000 until 2008 where she prosecuted primarily felony cases in all four counties in the circuit. In 2008, she joined the Law office of Todd L. Lord in Cleveland, Georgia where she handled primarily divorce, custody, adoption and TPO cases. She also represented parents and children involved in DFCS cases in juvenile Court. From 2015 to 2016, she was the CHINS (Child in Need of Services) prosecutor for White County and helped develop the truancy court program. In 2016, she was appointed Special Assistant Attorney General for the Department of Family and Children Services assigned to Habersham and Stephens Counties where she represents the Department in dependency cases.

She lives in Cleveland, GA with her husband, Dan, and three children.

Lynne Pike grew up in Atlanta and moved from Virginia back to Georgia in 2016. A retired teacher with a M.Ed. in Educational Leadership, Lynne spent her career in Florida and Virginia teaching elementary school, middle school science, planetarium astronomy, and computers. Community service has always been a priority for Lynne and her family. She and her husband, also retired, are members of the local CERT team. They have three adult children: a son, twin daughters adopted from Russia, and two grandchildren. 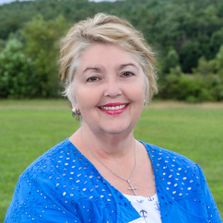 Donna is herself a domestic abuse survivor. After fighting to overcome a crippling sense of shame, Donna became a record-setting industry leader in real estate sales. Starting in 1977, she launched her career as a residential, land, and commercial industry realtor and award-winning, top-selling real estate broker.

Donna says, “I believe that every child, man and woman deserves to live in a safe environment. For thirty years, I never told anyone about my attackers because victims always blame themselves.  I am both grateful and proud to serve on the Board for SAFE. I believe in our mission, and I will do what I can to support our important work with those who are fleeing from, or recovering from, domestic violence.”