To provide support, advocacy, and emergency shelter for victims of Domestic Abuse, Child Abuse, and Sexual Abuse, regardless of gender and to heighten community awareness of such abuse in Towns and Union counties. The S.A.F.E. organization is governed by a volunteer Board Of Directors and is funded by state, federal and private grants. We operate two local Thrift Stores which support our Victim Services Programs.
S.A.F.E. relies on community support and volunteers for the success of our programs.

S.A.F.E. stands for SUPPORT IN ABUSIVE FAMILY EMERGENCIES. It is a domestic violence and sexual assault program with a designated service area of both Towns County and Union County.

S.A.F.E. began in June of 1989 with the formation of a task force. After an informal assessment to determine the need for services for victims of family violence, the task force decided to pursue establishing a family violence program. After additional research, volunteers were trained and began coverage of a 24-hour crisis intervention line and a support group for women. Safe homes were used for shelter. A Board of Directors was chosen in October, 1989, and the process of incorporation was started.

The Board of Directors began a widespread publicity campaign and began to cultivate cooperation with law enforcement, the justice system, and social service agencies. Grant funding was obtained through the family violence program of the Georgia Department of Human Resources and, in 1991, an Executive Director was hired. The Blairsville Jaycees bought a residence to serve as a shelter facility for S.A.F.E. In May of 1991, S.A.F.E. officially opened the doors to the shelter, and was licensed to house 12 persons.

With the collaborative efforts of both Towns and Union Counties, property was made available for a new shelter facility. In 2001, Union County and S.A.F.E. successfully applied for a Georgia Community Development Block Grant which provided a substantial portion of the funds needed for the new shelter. Local fundraising efforts supplemented the grant funds. The new facility was completed in the fall of 2003, and the emergency shelter was relocated there in November. This facility can house 15 persons, meets all ADA and safety requirements, and provides space for all of the services currently offered. The original facility was used by S.A.F.E. as the Family Support and Child Visitation Center and the newly established Enotah Child Advocacy Center until 2011. At that time the Enotah Child Advocacy and Family Visitation Center was relocated to a building in Blairsville owned and donated by Union General Hospital. In 2016 the name was changed to Butterfly House Child Advocacy Center. 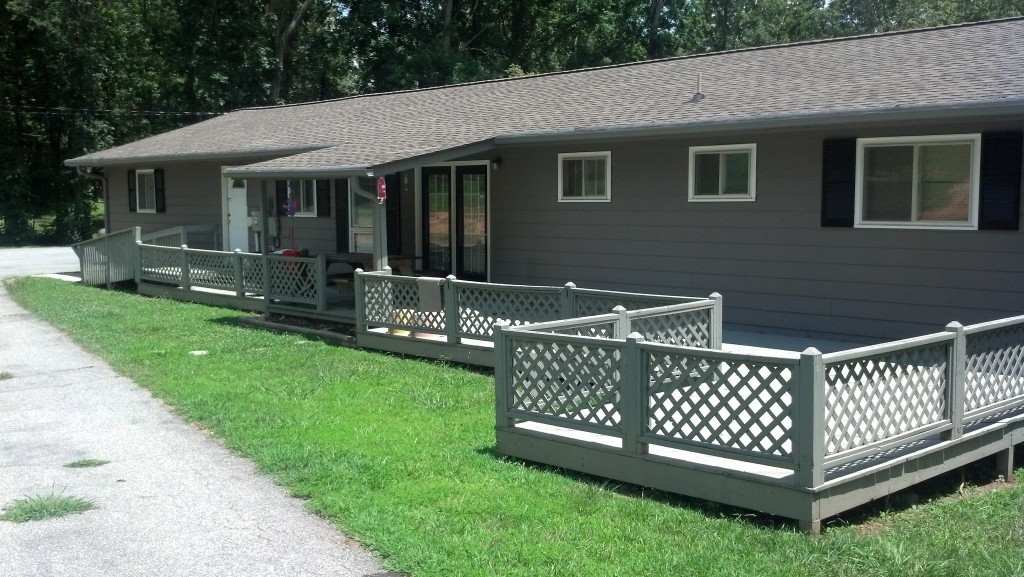